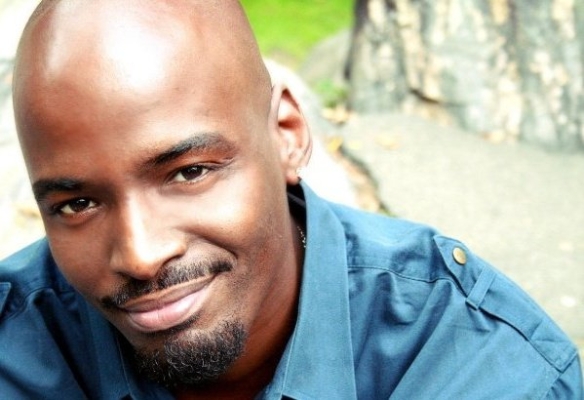 TuRae Talks Social Media Comics, Expanding his Brand and Being a Mentor to Comedians on the Rise

A conversation with comedian TuRae makes evident both his wisdom and passion for comedy, his love for serving as a mentor for up-and-coming comics, and a desire to broaden his playing field within the industry in the coming years.

With 20 plus years in comedy behind him, TuRae has an extensive resume to match. His exceptional work on stage, and as a writer and mentor has allowed him to travel throughout the United States and abroad, and onto the big and small screen. What more could a comic want out of a career so illustrious? For TuRae…well, a great deal more.

While he was a student at Temple University in 1992, TuRae won his first open mic at Philadelphia’s Laff House, and was subsequently named house MC. This experience birthed a comedic career that has brought TuRae’s talents out of Philly and to the masses.

He has appeared on several BET programs including “Comic View” and “BET Comic View One Mic Stand,” performed on Def Comedy Jam in 2008, was voted a top comedian by Humor Mill Magazine in 2009, made his movie debut in 2011 with an appearance in Kevin Hart’s “Laugh at my Pain,” and also appeared on “The Monique Show” and Byron Allen’s “Comics Unleashed.” TuRae also opened up for R&B group New Edition’s 30th Anniversary Reunion Tour, an experience he calls one of the most memorable of his career, as this was his first experience performing in the renowned Madison Square Garden. He visited London, England in 2007, where he won the World Cup Comedy Clash at the Hackney Empire Theater. TuRae also worked as a writer for Sommore’s “Chandelier Status” comedy special and monologues for BET “Comic View” and “This is Hot 97” on VH-1.

TuRae’s style is one he says is strongly built on realism and, while on stage, admits he makes it a point to relate to the crowd and say what everybody is thinking, but won’t say themselves.

“Finding commonalities allows me to project to an audience,” says TuRae. “Sometimes in comedy it’s not what you’re expecting us to share.”

While TuRae is a connoisseur of laughs, when mentoring young comics he makes it clear that a comedy show should not be too long.

“A comedy show should be two hours max,” he says. “Laughter is a very physical emotion — it takes a lot out of you. Imagine if you have a show and mutherf—kers been laughing for 2-plus hours. It don’t matter what’s happening at the two hour one minute mark, the show goes downhill.”

Today, with comedy expanding onto the social media circuit, an Instagram or Facebook account can attract millions of followers with videos that can sometimes run for only a few seconds. TuRae has no problem with this fast-growing form of entertainment, but makes it clear that these internet entertainers should not be referred to as comedians.

“I have no problem with some of these n—gas who can make you laugh for 15 seconds — I can’t do it. [I] Take my hat of to ‘em. I enjoy some of the sh-t. But they’re not comedians. Just as I’m not the entertainer they are. I’m a comedian. They’re entertainers. Call it what it is,” he says.

“When that 5 million hits has to go in the studio, somebody’s sitting at a table and they say, ‘Let me see what you got,’” TuRae adds. “So it’s basically ‘Where’s your 5 to 7 minutes?’”

This 5 to 7 minute set is a lesson in Comedy 101 that TuRae says every comedian should know. In fact, this is one of the many lessons TuRae teaches to up-and-coming comics who participate in his comedy clinic, Comedy by TuRae Stand-Up Workshop.

“In the class I talk to the comedians and I let them know what the world is,” TuRae explains. “Everybody’s not gonna be an overnight success. You may…you may not be. You’re still gonna need the same 5 to 7 minute set to get on Letterman, any major tour, [or] to get in any major comedy club.”

TuRae hopes that his comedy clinics can provide up-and-coming urban comics with better knowledge of what to expect in the industry.

“Whatever that unsanctioned body of comedy that exists for black comics that has been putting us in mansions and jets for years — it’s a bad practice,” he says. “It does not prepare us as urban comics for the evolution of our careers where we take a significant and directed turn to industry.”

While TuRae has certainly conquered the industry on several fronts with immense success, his focus is continuing to bring his talents to the masses. He plans to release a stand-up special on DVD, unreleased audio on CD, as well as taking his Soul Comedy brand to digital media via mobile broadcast and webisodes. 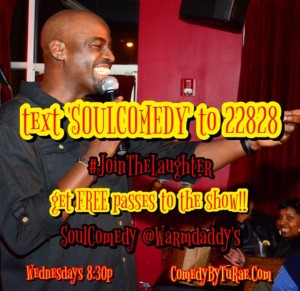 Erica Riley
← Previous Story Robert Powell and His Love for the Art of Stand-Up Comedy: Why the comedian isn’t in it to go Hollywood, and his take on today’s top comedians’ use of writers
Next Story → Comedian Rodney Perry Exclusive Interview