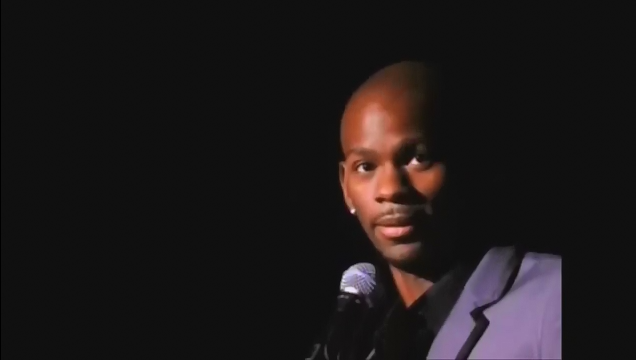 Robert Powell and His Love for the Art of Stand-Up Comedy: Why the comedian isn’t in it to go Hollywood, and his take on today’s top comedians’ use of writers

Robert Powell III boldly attests that his small-town roots were never an obstacle to his stand-up comedy aspirations. Born in Monroe, Louisiana, the comedian appeared at this year’s Shaq All Star Comedy Jam, and is rapidly positioning himself as one of the most respected and admired comedic stars in the industry.

“Because I was from Monroe [Louisiana], I had no connections in L.A., so I had to make a name for myself,” Powell says. “I wasn’t from a big city like Atlanta or Chicago. I literally had to work from scratch.”

Powell has been a full-time comedian for four years, but held down hosting gigs as early as 2006. Powell’s first stand-up appearance was at The Funny Bone, a comedy club located in Shreveport, Louisiana. The performance, one Powell simply remembers as “horrible,” was triggered by a dare from a friend. Powell was an undergraduate student at the time, and went on to graduate from the University of Louisiana at Monroe. He then received his Masters in Political Science from Texas Christian University.

Not many comics can say they’ve dabbled in politics, but this feat is certainly one that adds a unique chapter to the comedian’s story. Powell worked as the Deputy Chief of Staff for Mayor James E. Mayo, and next relocated to Baton Rouge, Louisiana where he became a Special Assistant under Governor Bobby Jindal. However, politics was no match for Powell’s love for comedy. He left the governor’s office to pursue his dream, and fans of the comedian should be grateful he did.

For Powell, the art of stand-up comedy is what makes it his passion and certainly what led him to the exit gates of the Louisiana State Capitol. After his departure from politics, Powell met a rough patch, sleeping in his car and frequenting inexpensive motels for a few years before his comedy career began to take flight. He was named Louisiana Comedian of the Year for three years straight, and appeared on the Shaquille O’Neal All-Star Comedy Jam Tour in 2012.

Aries Spears, another notable comedian Powell has also worked with in the past, made headlines for his critical analysis of Kevin Hart’s use of writers for his stand-up material. Powell gave his own opinion on the topic, deeming Hart “well within his rights” to hire writers.

While comics are sometimes met with criticism for hiring writers, Powell is firm in his belief that a comedian’s delivery is what sets him or her apart from the rest.

“[Comedians] don’t mind helping one another take a joke to the next level. It’s sometimes good to let it be seen with a fresh eye,“ Powell stressed. “Barack Obama don’t write all his speeches, but he’s still Barack Obama. If I gave somebody who’s not comedic with talent all my jokes, they still wouldn’t be able to go on stage and be Robert Powell.” 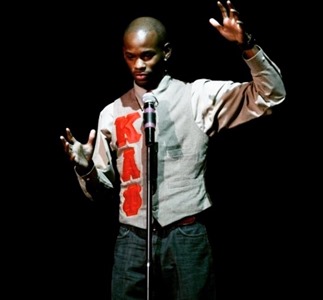 While many stand-up comedians often have aspirations of transitioning to the big or small screen, Powell admits that he could not imagine being anywhere else but the stage.

“It’s all about the art for me – it’s not about acting or movies,” Powell said. “I don’t want a role in any sitcom that will make it hard for me to then do stand-up. I couldn’t imagine being Cole or Tommy [of the sitcom Martin] or Carlton [of the sitcom The Fresh Prince of Bel-Air] or Erkel [of the sitcom Family Matters]. They could never be anything else. I would hate to place myself into a box like that and not be able to be anything else in my life. You can have that money if for the rest of my life somebody’s gonna be calling me Carlton.”

Powell wants 2015 to be about elevating his name so that he can eventually start selling tickets on his own. And he’s taking this year on with confidence.

“I’m humble when it comes to everything but the stage,” Powell admitted.

Powell recently had the opportunity to meet his favorite comedian, Doug Stanhope, who he says admires because of his ability to say whatever it is he wants to say.

“His cadence is amazing, but I just really admire his bravery,” Powell said.

He was humbled by a tweet Stanhope sent out, which stated that he wanted to see more of Powell’s work. Stanhope also jotted Powell’s name on his hand as a reminder to do so, which Powell was able to see in person in his dressing room at Shaq All Star Comedy Jam. Powell took a screen shot of the tweet, and took a picture of Stanhope’s inked hand to savor those memories. 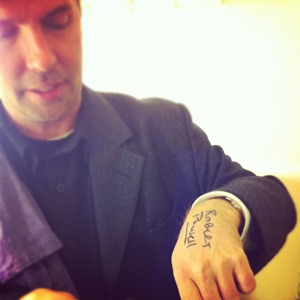 “When you meet your hero and [they are] what you want them to be it’s a great thing. I took courage from him and took it to the stage,” Powell uttered admirably. “Make yourself laugh. My goal in life was to be my favorite comedian.”

Powell’s love for stand-up comedy is deeply rooted in its healing abilities.

“I’ve had hundreds of people at this point in my career tell me ‘You don’t know how bad I needed that laugh today,’’ Powell humbly recalled. “I’ve had people come to my show and just had done a funeral a week or two before and said, ‘This is the first time I’ve laughed since that incident.’

The ability to take someone’s mind off whatever they’re going through for that little bit of time – I get off on that kind of stuff.”

Erica Riley
← Previous Story Please Welcome to the Stage…RAY GRADY!
Next Story → TuRae Talks Social Media Comics, Expanding his Brand and Being a Mentor to Comedians on the Rise