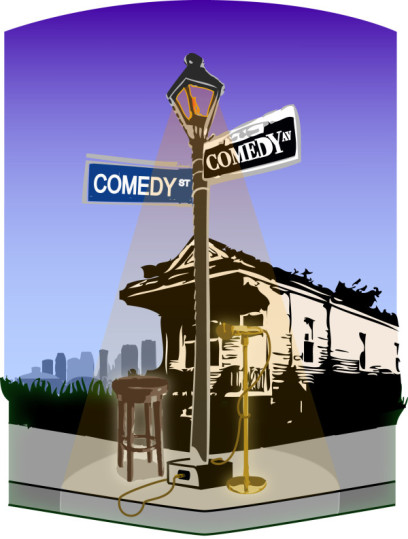 Comedy, just like everything else in this world, is constantly evolving. Nowadays is seems as though traditional comedy is being replaced with 15-seconds-or-less video clips via Instagram and Vine. These so-called comedians do not perform stand-up, or create full skits that are 3 minutes or longer. While some of these snippets are funny, the majority are not. These “Snippers” – as I call them – are not full-fledged comedians. Sporting a wig while speaking and acting like a woman does not make you a comedian, but rather someone who wants their five seconds of fame.

Humans have short attention spans; therefore, I fully understand why these snippets are so popular. However, in the monkey-see-monkey-do world known as social media, this trend may have run its course. I’ve personally witnessed via social media, specifically Instagram, a Snipper have over 50k followers with 3k likes on a video clip. Now, Da Kernull is no math major, but that seems like poor odds. I understand that not all people who follow a Snipper may not see every post, but c’mon mayne!

Social media has become a platform where someone can say they’re somebody and people will take their word for it without question. Prior to the social media craze, one really had to prove themselves to generate a true following by word of mouth. If your bread is being buttered by being a social media Snipper, then please ignore this column, but last time I checked likes did not equal paychecks.

If you really have talent than get on stage and make total strangers laugh while they are 20 feet away and not 20 million miles away via an IP address. I have seen children blow up via these snippets, but have you seen any children blow up via standup? It’s not fair to comedians who are passionate about their craft and have the courage it takes to step from behind an iPhone or Droid and step on stage. THERE IS NO COMPARISON! Will these Snippers be here for good? Or is it just another social fad? Only time will tell…

Daniel Sanders
Next Story → Is Comedy The New Rap Game?