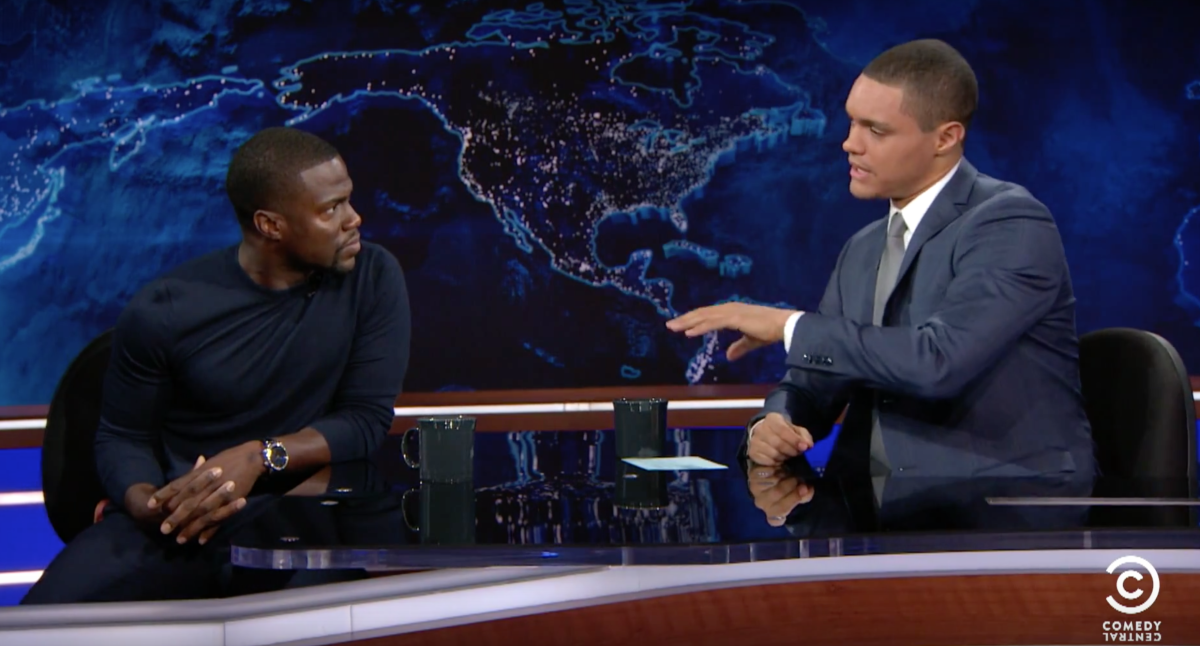 On Monday night, comedian Trevor Noah, new host of The Daily Show, began a new era of Comedy Central’s classic news show with a comedic spin with an appearance by the self-proclaimed comedic rockstar and arguably the hardest working comedian in the industry, Kevin Hart, who came bearing welcome gifts for the new host — a set of ties.

Trevor and Hart talked everything from Hart’s 5k Run hosted throughout the country and selling out stadiums for his “What Now Tour” in an intimate interview.

“I think any environment that you put yourself in as a comedian, its your job to make the environment as intimate as possible, regardless if it’s an audience of 5,000, 10,000 or 53,000, my message is still the same and I think that’s what makes me unique,” Hart said.

In his opening, Trevor Noah cemented his highly anticipated debut as the new host with a little bit of South African humor. Noah said in his opening, “First of all, this is surreal for me — I’m not going to lie, growing up in the dusty streets of South Africa, I’ve never dreamed that I would one day have…well, two things really — an indoor toilet, and a job as host of The Daily Show. And now I have both and I am quite comfortable with one of them.”

While some questioned how Noah would fare replacing the legendary John Stewart as the new host of the show, Noah’s debut garnered incredible ratings, registering nearly 1.1 million viewers. Check out some clips of Noah’s debut below!