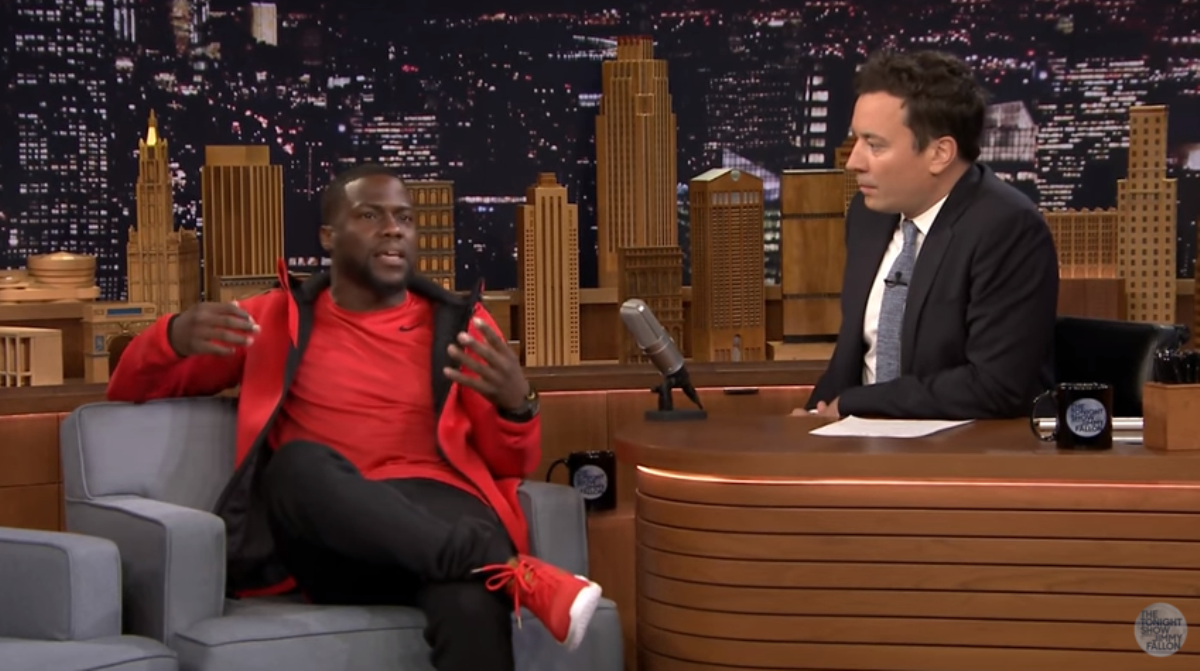 Last night, comedian Kevin Hart announced on the Tonight Show that he and Nike teamed up to release his Nike Hustle Hart cross-training shoe. He is the first actor/entertainer to have his own cross training shoe. All of Harts inspiring quotes can be found on each pair of his sneakers.

“I want to inspire people, motivate people, to become the best versions of themselves possible through physical fitness,” Hart stated.

This news comes just before the release of his new movie Ride Along which he co-stars alongside Ice Cube. Check out the video below!